For those not yet familiar with the term “net neutrality,” it represents the idea that internet should be allowed equal speed despite the site or the content that it come from. This seems like a great idea but wouldn't you know that the US's biggest ISP is touting it around but not exactly being the biggest role model for it. So I decided to write this up to give you all the overview on what is happening so far, as well as who's involved. 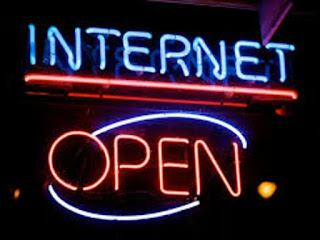 Comcast, which are (or are soon to be) America's largest ISP, have begun trying to create a merger with Time Warner Cable which would have been their major competitor. This is a very big merger, you're looking at pretty much the entire US being with either company and now with a merger a lot of the smaller companies are set to be drowned out completely.

It promises a lot of things, all of them sound pretty good, I mean, who could argue with a “fair and protected internet” really? Rush Limbaugh apparently. Rush has dubbed net neutrality as “The Fairness Doctrine of the Internet.” The reason behind this is that when you look into the details it doesn't seem as nice as you may have first thought.

“In 2010 the U.S. Court of Appeals for the District of Columbia ruled that the Federal Communications Commission (FCC) doesn’t have the power to regulate an Internet provider’s network. At the time Comcast had filed suit after the FCC tried to stop it from controlling traffic over its network to a popular file-sharing site. The court ruled that the FCC didn’t have “express statutory authority” from the U.S. Congress to regulate the Internet. At the time, most thought this would stop the FCC cold. However, this court ruling didn’t squelch the FCC’s attempt to regulate the Internet with “net neutrality” regulations.”


So you can start to gain a little vision into what is going on here. After that happened the FCC and other parties have been doing ins and outs of this and that, which in every place has denied use of their net neutrality rules. However, Comcast has been following them completely and during that time has bought over NBCUniversal. You can get the picture here.

The liberals have lost a lot of media with channels like Fox News and websites like the Drudge Report as well as a host of other news shows and sites the republicans have a hold of. So you can see that Comcast are following the liberal agenda and if they do acquire Time Warner Cable, then we'll be seeing the same thing that history showed us back when the Fairness Doctrine was around. It will be controlled content that will seep through rather than the free and open internet the people know and love. I'm not a fan of the republicans or in fact a lot of things about America in general, but something like this could have an effect globally.

It's all a big old trojan horse for the FCC. If it happens and it all works, what would stop other governments from doing similar things in their country with the bigger player ISPs? Heck I could imagine BT becoming the lacky here (although they haven't agreed with any of the anti-piracy stuff and a lot of government plans in the past).

So having explained the political side of things, now we get to look at the internet slowdown. This went by last month (10th Sep 2014) and was put together to show the effects of content control and lower speed on websites that have open political views, or just have something they may not agree with on it. A lot of popular sites such as Tumblr, Netflix and Etsy all participated by showing buffering bars or links to a petition against what was going on. Twitter also saw the #battlefortheinternet spread around its site. I'm not one that can personally get behind the whole #hashtag or social media circle jerks, but in the past it has worked well in spreading the news at least in a truthful manner.

Unfortunately, the were campaign for the FCC to not approve the merger didn't happen, as I had mentioned before they're in cahoots with each other. However, it's now up to New York State Authorities to decide, so it's not all gone up in flames but action needs to be taken now. Now. Before what happened to the radio decades ago happens to the internet now.

Decent Forbes article that goes into more detail than here, also reference to the quote I put in

Ways you can take action

-JP
Posted by Chainbreaker Records at 14:21