Hi guys, thanks for taking the time to do this interview! So who am I talking to and what do you do in Hongo?

Hi there!! It´s an honor be part of your project. This is Iván and I´m the drummer of the band. 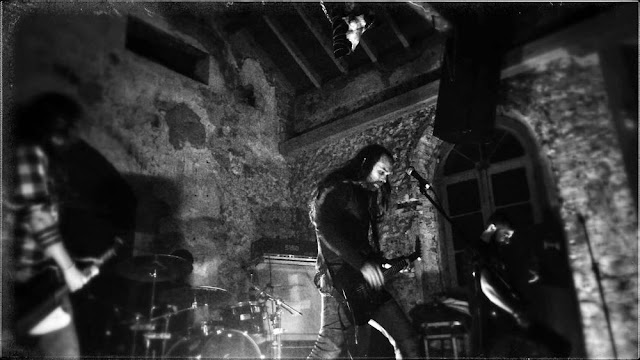 Listening to your demo from 2004, as with a lot of bands, I can tell that this wasn't the first time you had written music in a band before as it showed maturity that a first release generally does not, and of course you have/had members from Ictus, Black Panda, Madame Germen and SL.S3 (I'm sure there are more!). All these bands of which many people will know, are from a small area, A Coruna. Why is it, in your opinion that these great bands have all come from this area?

There are over 15 persons who are involved in all the bands you mention and a lot bands which you don´t know yet. It´s normal because all of us share the same passion, music. It´s impossible for us to see another life so it´s impossible for us be inactive too. Thinking on it you must know that Coruña is surrounded by sea in 70% so it´s only a possible way to escape, to see beyond it and say hello to the entire world. Didn´t you do the same?


In your own words, what are your songs about?

It´s hard for us trying to define our music. For me It´s a mix of sentiments, concerns, passions, angers with all the music/bands who conform our entire life. While we are writting music We do all that we want. There are no pressure, there are no an exactly kind of stile, there are no limits.

We trying to do the same thing with lyrics. They become our own nihilistic vision to see the world. In a world completely devasted by wars, hungry, social classes, money, progress... human stupidity, and its zeal to destroy everything around it, is the key to make us his puppets. We are absorbed in our stupids "welfare state" problems crushed by his "inculcated fears" to live the life who they want we live. It´s time to be free.

It was my fault. I had serious problems with my right leg in 2013. I broke some knee muscles and i could not walk so i passed that year trying to recuperate the complete function of my entire leg. It was not easy but now i am preparing for everything.


Recently you toured around Spain finished this Spanish tour in Oslo! How was the tour? Any stories for us? Tell us about Blitz fest!

Probably this was the craziest tour we ever made in all respects. One week before we had to cancel 5 shows because our bass player had to work and reorganize all the tour. This created: an accelerated tour dates changing, a confused tour plan for us and for the people who want to see us live and impossible drive distances between one city and the other, like 11 hours (Málaga – Barcelona). Fortunately, everybody understood the situation and people show us his sincerely respect.

From here, all was too good. A lot of people at gigs, incredible venues and people involved on it, reunions with friends who didn,t see long time ago, rediscover forgotten places... 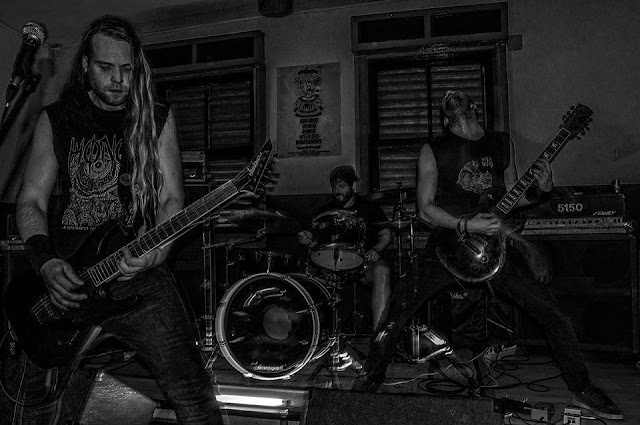 Blitz fest was amazing. It was our first time in Norway and we could see the incredible nature involved on it. We could sleep in the coolest place we ever seen: A small communitty inside a Norwegian forest. Already at the fest, we are proud to share stage with all the bands who played on it. Specially to LL finger, amazing band better persons. Thousands of beers to all people involved at Blitz fest.

Stories, too numerous to mention!!. A 10 years old guy who asking us for drugs, We get up at 6 am without sleep to start a gig at 6 pm, We forgot a band member in a bar and find him two hours later alone and completely drunk, we was near to die in a little accident returning home...


The obvious questions! Are you planning on recording soon?! And any intention about another European Tour? Or further afield?

Absolutely yes!!. In approximately one month, we will enter at the studio to recorder one 15 minutes song for a split with a Spanish band called Ancient Emblem. We are working in our next solo album too. It´s composed around 30% and we think it will be finish to the end of this year.

We´ll want to do an UK tour this year but we haven´t contacts enough to make it possible. Maybe there´s someone reading this who can help us. If that it´s true, please contact us.

What bands are you listening to at the moment?

I am completely dope with Wino´s songs from the album “Songs Of Twones Van Zandt”.

The newest album of Nausea “Condemned to the System” it´s probably breaks your head.

You have to listen a friend´s band called Guerrera. They are incredibly amazing.

One of our members met one of you guys in a bar in London recently (they met because one was wearing an ictus patch!)... explain!!

Hahaha, It was my fault again. I was in London with my grindcore band “Nashgul” because we played that night in an amazing party-festival called Chimpy Fest. There´s a Nashgul traditional competition consisting in know which member can taste more local beers in less time. So we started the competition at 5 pm in the first heavy-rock bar that we see and let the alcohol make his job. I hardly remember that two or three hours later I was speaking with one guy about Spanish scene, music and even much more. It´s a miracle that I could speak something in English with him because I was really drunk.

Thanks again for the interview! Last words?

Thanks to you for offer us the possibility to explain who we are and what we want. You can listen our music in our bandcamp: www.fungivoro.bandcamp.com/ or follow us in facebook: www.facebook.com/hongometal

If you like our music you must see “Sangre de Unicornio”. An amazing animation short film which have one of our songs. This one It´s carrying a lot of awards around the world.


Here is the video:


-CMC
Posted by Chainbreaker Records at 15:57