I caught up with Clare from the Bakabush zine, and she was lovely enough to share one of her recipes with us!! This recipe is super easy and amazingly tasty.


This recipe uses jackfruit, which I had never even heard of before this. You can get it in tins in most Asian supermarkets. It's basically a fruit that, when cooked and shredded, very closely resembles pulled pork. The recipe calls for the green unripe variety and it basically just doesn't REALLY taste of much on its own, but absorbs flavours very well and has a really good texture, so works really well with Latin-American and Caribbean seasonings.

Massive thanks to Clare from Bakabush!! They have released a zine full of awesome vegan recipes like this, which you can purchase from our webstore here. It specialises in Belizean and Afro-Caribbean food, and I really can't say enough about it! 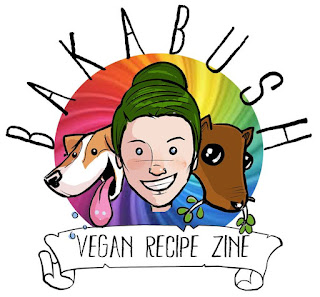 -CMC
Posted by Chainbreaker Records at 13:04