Who are you and what did you do in the band?

I'm Rosali, guitar player in Ambulance, but today I'm mostly a saxophonist player and composer. In ambulance I also booked shows and tours. 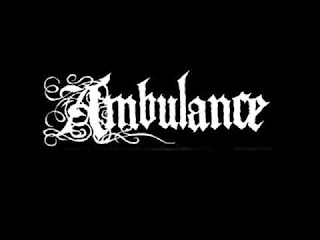 So how many releases do you have and could you name them all?


Ambulance has been off the map for a while now, have you finished as a band?

Actually I don't know, we haven't said it out loud that we're finished. Last time we played live was in 2006 and that's eight years ago now. The reason we stopped playing was that we suddenly lived in different towns around in Sweden. We couldn't rehearse anymore and gradually we stopped dreaming of recordings and gigs. But actually, last year some of us started to fantasize about a reunion. Who knows? Maybe in 2016, when ten years has passed.


What were the biggest influences on the band? What are some of your favourite Swedish bands?

Ambulance was influenced by black metal and bands like Iron maiden, punk and rock n roll. Some of my personal favourites in that time were D.S.-13, Switchblade, Burning Kitchen, among others.


Could you tell me a bit about the scene in Sweden at the moment and your opinion on it?

Unfortunately I can't say anything about it because I don't go to shows in the punk/hardcore scene anymore. Contemporary art music stole my heart.


Did you tour Europe at all? Tell me about one show you guys played where something crazy happened!

Yes, we did shows in Germany, England/Scotland, Belgium, Finland, Denmark and Norway. One of my favourite memories from a gig was at a gig we did when we were touring the UK. I can't remember the name of the town but it had a reputation for having a fantastic young crazy crowd. I remember we just got up on stage and started our first song and suddenly the whole room exploded with kids flying around and they lifted out some of us in the audience. I remember I looked up and saw Adde (guitar player) up in the air, playing a solo under a bunch of young enthusiastic kids! 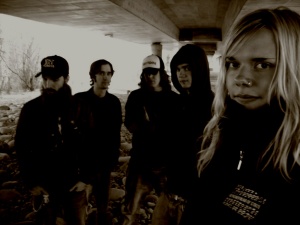 What are all the members doing now?

Fredrik, the drummer, is in Umeå and has a studio, recording bands and works as a sound engineer. The other Fredrik, bass player, hangs around in Canada, Adde (guitarist) is a psychologist and Sylen, the singer - I have no idea! Me, I'm a freelance musician/composer.

What is your favourite breakfast?