We are back! And what better way to be back than with some new releases!!
CHAIN#007 brings you Born For Slaughter from Macedonia, who play an aggressive metallic style of crust, interspersed with mournful riffs which add a more complex emotional element to the music. 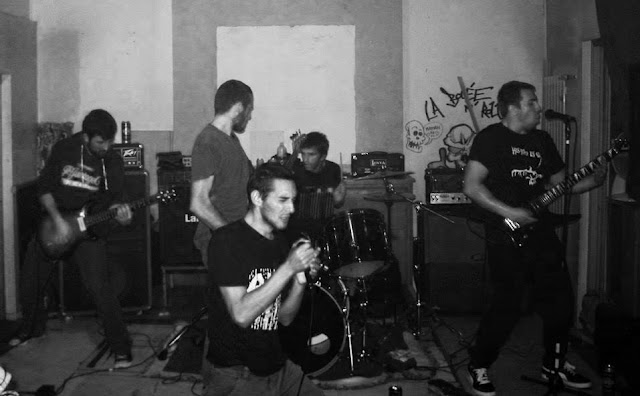 The band released a split 7" with Myteri in 2016 which really demonstrated the ability the band has, both in terms of technicality, and in song-writing.


This self-titled released will consist of 5 excellent tracks, on a one-sided black 12" etched vinyl, also available on a limited edition of one-sided clear/transparent 12" etched vinyl. One of the tracks will be played on the podcast here, and another will be available for streaming next week! For now, here's the artwork:

Born For Slaughter will be heading off on a European tour this September, check out the tour here and see if there's a show on near you!

-CMC
Posted by Chainbreaker Records at 04:34