Hi guys! Thanks for doing the interview, I really appreciate it!


First of all can you tell us who you are and what you do in the band, and
one strange fact about another member of the band...

At the moment we are five guys from three different cities - Stockholm(the capital), Gävle and Västerås.
Andreas(guitar) and Magnus(vocals) have been around since the start in 2007 and Joel(drums) + Jimmy(guitar) since 2009. Max(bass) joined us last year.

About the strange fact that is indeed a bit strange, is that Jimmy actually have been casted as a body double in the Swedish crime movie series Johan Falk, doing stuff that Joel Kinnaman can´t do. He also did some screenings in the mid 90´s movie Sökarna. 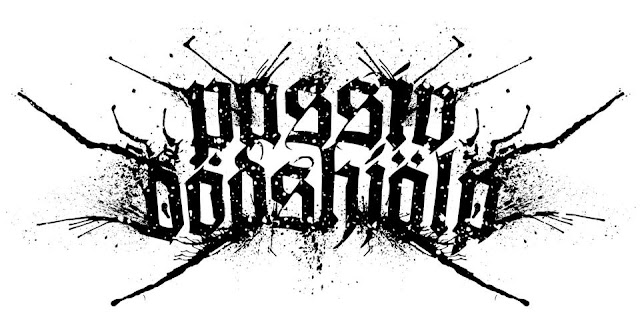 So, Passiv Dödshjälp translates to Passive Euthanasia. What does this represent from your perspective?

It´s simply a metaphor for a broken heart. About how endings almost feels like if somebody is killing you (mentally).


Overall, you have a very melodic and heavy crust sound which has been quite consistent. What are your influences, and what bands are you listening to at the moment?

Shit, that´s a though one but most of us are very into death and black metal. The whole thing about the melodies(that first were inspired by the local band Meleeh) were to provoke the crust punk elitist. You know, if it´s too well played and not with a shitty sound you quickly can become a target. Pretty funny, I mean in a scene that claim themselves to represent unity and not shallow boundaries. Even a "not enough" patched jacket can make people look down at you, no matter how important lyrics you write. 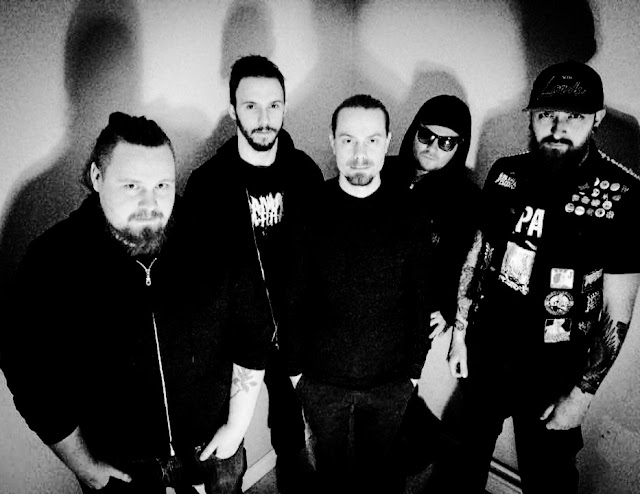 Tecken på idioti has just been released on Phobia Records (it's sounding fucking great by the way!) and you guys are ALREADY back in the studio! What are you up to?!

We have recently been in the studio, yes! The plan is to release a 12" split with the German crust punk band Exilent. We are bringing four songs + an intro to the table. Hopefully this piece will get out this fall. 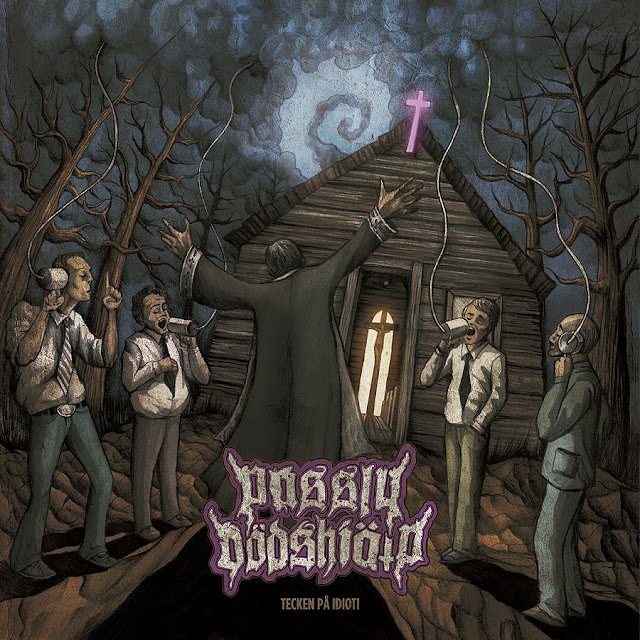 Do you have any plans for touring this year?

No, not actually. We are playing in Sthlm at the Anti Social festival in August and after that I think we are going to chill and start writing for the 4th album. We prefer to get asked for gigs and not to beg for them. There have been some loose talk about an album title "Genom nålar och eld" (English translation: Through Fire and Needles".


What is the best and worst meal you've got when on tour?

The best meal must have been during a show in Hameln, Germany,there was a big veggie BBQ outside and a during the day after we got this big breakfast with various stuff + coffee and such. About the worst meal it´s always in Sweden - mashed tomatoes and dry rice.
Gotta stay classy!


What are your thoughts on the crust/d-beat scene in Sweden at the moment? 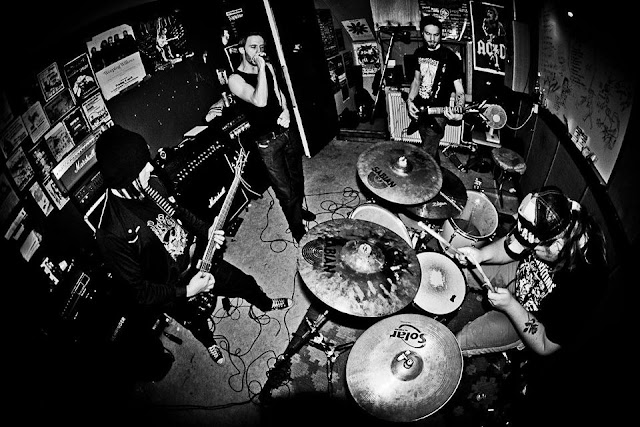 Do any of you play in other musical projects?

Yes. Joel plays in Makabert Fynd, Irritation, Kronisk Misantropi, Förgiftad, Slaktrens, Gast and Asylium. haha
Andreas plays in Förgiftad and Kronisk Misantropi. Jimmy does some death metal at the spare time, but nothing too serious.
Max plays in Dobermann Cult.


Thanks so much for the interview guys, hope the release(s!) goes well!


Posted by Chainbreaker Records at 17:49