Thanks for doing the interview! What are your names and what do you do in the band?

Hey, thanks to you for contacting!

We are Daniel (drums); Miguel (guitar and vocals); and Álex (bass and vocals). 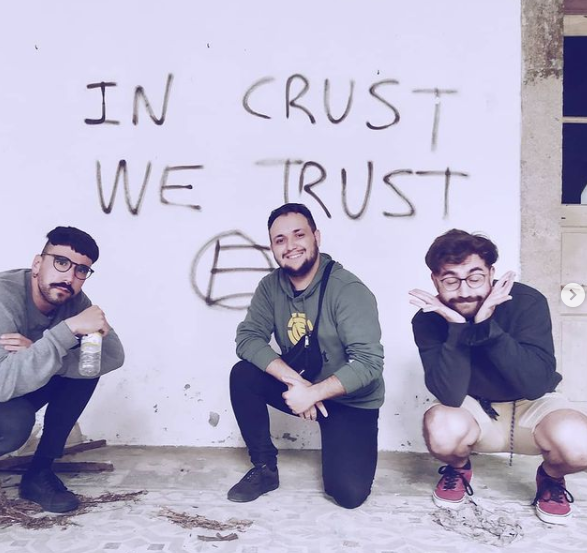 I only discovered you recently, but ‘Anábasis’ has been around since 2018! Where have I been??! Anyone can look up the definition, but in terms of the album name what does Anábasis represent to you?

We are a small band from a small town, nobody knows us hahaha.

Anabasis, for us, means making an expedition into ourselves, a great introspection of how capitalism and patriarchy affect our human condition and the relationships we generate in our day-to-day lives. Without that anabasis, we cannot dynamite those power relations.

The album is currently sold out, any sign of a re-press or do you know if any of the labels have any copies left?

Some labels have told us that they have a missing copy. We don't know who may have Dingleberry in Germany. Some labels have offered us to re-press the album, but we always find it tedious ... everything that has to do with orders, sales and distribution ... is a hassle.

There’s a lot I love about the records as a whole. There’s a lot of thought that has gone into the writing with song structure and overall atmosphere, as well as the imagery and metaphors used lyrically to emphasise the ideals of the band. On a simpler note, I fucking love the guitar/bass tones. What gear are you using?

Well, we recorded the bass with an Orange guitar amp, but live we played with an Ampeg with Fuzz. For the guitar a Mesa Boogie and a lot of pedals... In the recording we used a few other things, like several guitars... And some small amps that emulated the Marshall JCM 800 and something else. We are not musicians and we don't have much idea of what things our producer Iván lent us...  hahaha 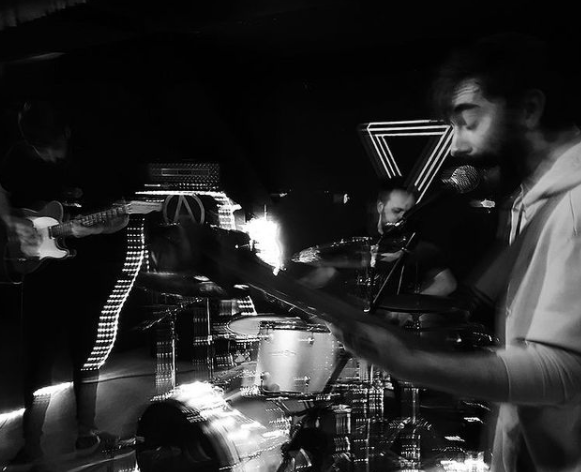 In comparison, your first release (DEMO MMXVII) sounds very DIY, which is a big leap in the space of 1 year to the release of your album. Of course DIY is never a bad thing! But why did you choose to re-record ‘Am-Ar’ and release it on ‘Anábasis’? Did you start writing some of the other songs from Anábasis before the demo was recorded?

Between the Demo and Anabasis we change the tuning, lowering the guitar one more tone. Am-Ar was a strong song and we really liked how it adapted to the new tuning. Cisma was also an old song that we had when we recorded the Demo. Anábasis is somewhat less thought out on a compositional level than our new album Territorios...

The new LP is due out in May - what can we expect from it? Have you tried to achieve something different or new for you in terms of the music/production?
Note: These questions were written in March!

Territorios has been online since March 31st online and we are delighted with the welcome. We have already sold all our vinyl copies and that seemed impossible to us. We thought we weren't going to sell anything in this situation. The album, at the production level, is similar, since we recorded it in the same studio. Of course, at a compositional and conceptual level it is something else. We follow the same frantic line and try not to repeat parts, we mix many styles ... In short, we have done what we wanted. A half hour song? I don't know why we have done that. For proving to ourselves that we could, I suppose.

I heard a rumour that there’s some great bands from Galicia… aside from the obvious influences of Ekkaia/Ictus etc. what do you guys listen to that inspires your writing?

Galician bands will always be our first inspiration. But we didn't just grow up with what was later called neocrust. In fact, when we started playing, these bands no longer existed and neither did that scene. We started out playing in hardcore and punk bands, in fact we continue to have side projects of that kind. Tenue was born as an emo band - the songs before the demo - that has nothing to do with what it is now. What has always inspired us has been the underground scene, punk, the local bands of our town, the political projects started here... On a compositional level, the first album by Drei Affen influenced us a lot when we started - in fact this band was made in a week to play with them - but in the end we tried a little of everything, because we love from the dirtiest punk to psychedelia and trap. 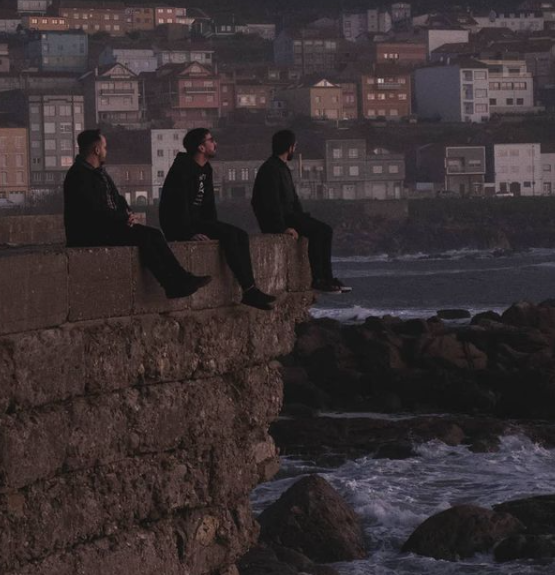 Looking forward to the new release! Hopefully our paths will cross at a show in the future!

Thank you so much for the interview!

Posted by Chainbreaker Records at 08:43