Hi guys, first of all thanks so much for agreeing to do the interview!! So let's get into it!

JON: Cheers brother. Let’s do this.

You have a very busy year ahead of you with a US West Coast Tour, several big festivals including Hellfest, Bloodshed Fest, and Decibel Magazine Tour in Portland, AS WELL as releasing a brand new full-length album.

JON: I wouldn't go as far as saying it’s a busy year, but I guess we’re pretty happy we still get invited to play shows/festivals as there are so many bands out there. With that said we’re always excited to get back on the road. We love getting out of our ordinary lives and play live.


How do you like to prepare for heading away on tour, and what are your key items when on the road?

JON: A few rehearsals is all we really need. As for necessities on the road I’d say:
- A pillow is the most important thing.
- Also gear that you can count on not breaking down.
- Good food and enough alcohol.
- A reliable driver.
- Not getting sick physically. That shit will destroy a tour. 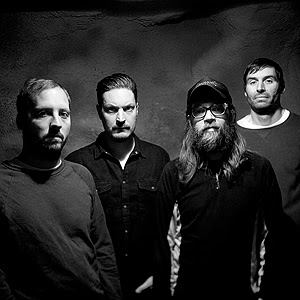 You're playing London in June, does this mean you'll be doing a European Tour around that time?

JON: Nope, the London show we just got so we “do the UK” around the time we do Temples Fest.


'A Dissident' was released in 2011, also on Tankcrimes, and produced by Nico Elgstrand of Entombed. The album had a more metal-orientated and at times epic sound, as seen on tracks like 'Lifetaker', and 'In Control' which is also one of your longest songs to date at over 3 minutes! To what extent do you think Nico was an influence on the album?

JON: He pretty much set the sound and mixed the album. He is an amazing person and maybe we stepped up our game a bit playing wise, but it’s really just the album we wrote at the time (like always). In control is a great song on the album but did never really fit a live situation.


Obviously the album still has a massive punk d-beat sound more similar to your earlier releases, like 'Broken Bones' with it's frantic d-beat pace.

JON: I think the song Broken Bones is a just a way of giving an old high five to old punk rock/US hardcore. Very melodic and snotty. As the title it refers to an old Broken Bones (the UK band) song structure I stole.


Would you say you have matured musically throughout your releases, and Can you give us any hints as to what we can expect from the new record, 'Sirens'?

JON: We never wanted to do the same record twice. I've only played the record for a few friends so far and their reaction has been “This is epic”. I'm going with the Bruce Dickinson answer here: It’s our best record so far. And the songs are a few seconds longer than previous releases I think. 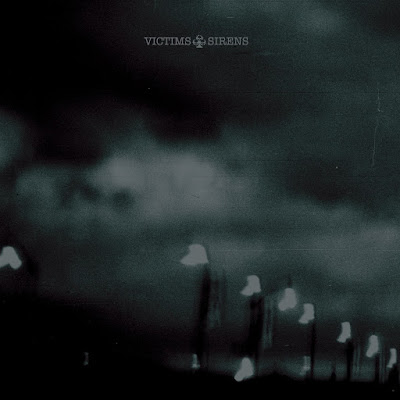 You formed around 1997 so have been going for nearly 20 years, which in punk is a lifetime. What are some of your craziest shows/moments? Do you have a favourite show?

JON: I'm really happy the band is still going. I've “only” been in the band for 14 years but there have been a lot of stuff happening through the years.
I think personally the craziest thing was me breaking my leg on our first US tour but made it through after surgery and a few days in the hospital (then going home and have something like three weeks off and doing a six week tour with Nasum AGAINST the doctors orders). 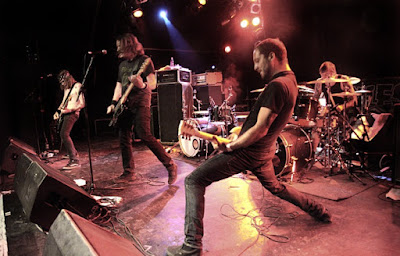 Are any of you in other musical projects apart from Victims?

JON: Not any active ones, but the Acursed saga isn't over.


What are you listening to at the moment?

JON: Right now? Ryan Adams – Heartbreaker.
Not much D-beat at all. It’s a dull genre with nothing new improving music, all generic. I did that “your year on Spotify”-thing and I had listened to Två sjundedelar av ett liv by Bäddat för trubbel 1061 times in 2015. I got to do guest vocals with them three times as well.
DHG/Dödheimsgård – A umbra omega made a huge impact as well.
Malign – A Sun to Scorch. A great comeback.
Baroness – Purple and Blue record.
Weezer – Pinkerton
Boltthrower – everything except the really early stuff
Marduk – Frontschwein
Witchcraft – Nucleus
Tonbruket – everything
Funeral Mist - Maranatha


Thanks again for the interview, all the best with the new release, and hopefully I'll catch you at one of your shows!! Cheers!

JON: Thank you brother. Stay safe and we’ll see each other soon.


Posted by Chainbreaker Records at 11:05